Hyundai Canada has just released pricing for its new electric vehicle, the Ioniq 5. The compact crossover is the first to come out via the Ioniq sub-brand, which will focus on producing all-electric models. We already know that there are two more models – the Ioniq 6 and the Ioniq 7 – on the way.

Just today, in fact, Hyundai’s teased Seven concept gave us our first glimpse of what will likely become the Ioniq 7.

The price announced today for the Ioniq 5 was fairly predictable, at least in one respect: with the base version listed under $ 45,000, the electric vehicle becomes eligible for government rebates, both federally and, where appropriate, at the provincial level. This is of course a good thing for consumers.

And so, the Essential version is priced at $ 44,999. In this configuration, the Ioniq 5 offers a range of 354 km, just like the next, the Preferred, which will require an additional $ 2,000 to purchase.

Next comes the Preferred Long Range variant with its 480 km of range, priced at $ 51,999. Adding all-wheel drive to this version adds $ 3,000 to the price and cuts the range to 415 km. Still interesting though.

Then, at the top of the scale, Hyundai offers a Preferred Long Range version with all-wheel drive, but no longer the Ultimate equipment package. Here, the price will be $ 59,999, with a reduced range of 15 km for a total of 400.

If you’re wondering why the range fluctuates, it’s because the Ioniq 5 will be available with two battery options, either 58 kWh or 77.4 kWh. And with the latter, you will have the choice between two electric motor configurations: a rear motor option, or with two motors, one at the front and one at the rear.

All this allows for a diverse selection of trim levels, which is useful for meeting different needs in terms of equipment level, engine configuration and desired range.

At all of these prices, don’t forget to add $ 1,825 for shipping and handling charges – a bill far too high and still hard to swallow. We will never tire of repeating it … 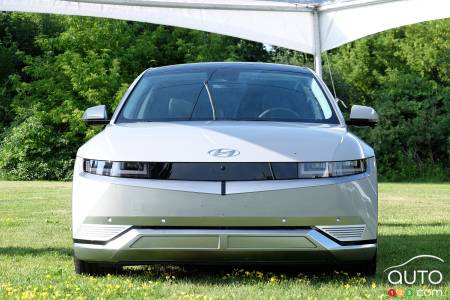 Hyundai is, as you might expect, very excited about this lineup and the model’s imminent arrival at dealerships:

“We have seen an unprecedented level of enthusiasm around the IONIQ 5 from customers and dealers alike, and we are excited to bring to market an electric vehicle with tremendous overall value, as well as a variety of ‘battery and transmission options. “

About the Ioniq 5
The Ioniq 5, remember, is based on the company’s global modular electric platform (E-GMP), a structure that will see several other models within the group over the next few years. Hyundai hopes to launch 23 electric models around the world by 2025.

The Ioniq 5 is built on an 800 volt architecture, which charges from 10 to 80% in just 18 minutes. This period will serve as a benchmark throughout the industry.

As for the power of the versions offered, the smaller battery delivers 225 horsepower and 258 lb-ft of torque. With the bigger one, horsepower jumps to 320 and torque to 446 lb-ft. In the latter case, we are talking about a 0-100 km / h in just 5.1 seconds.

The Ioniq 5 is expected to arrive at Hyundai dealerships across the country in December. The first 2000 units will hit the road for those who have already reserved a model.

Here is the full price list (prices do not include $ 1,825 freight / delivery charges): 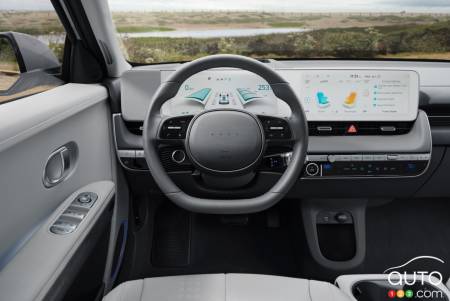