Several classics from automotive history are offered in scale models that can be assembled from Lego parts, including some truly exceptional replicas of cars created with these blocks that marked so many childhoods.

The concept has just been taken to a new level by Al-Futaim Toyota in the United Arab Emirates. The dealership called on a Lego-certified manufacturer for an unusual project: the assembly of a full-size Toyota Land Cruiser 300.

The Lego Toyota Land Cruiser, seen from above

The model, on display alongside the real vehicle in the Dubai Mall until December 15, is incredibly similar and respectful of the original product. The sculpture has exactly the same dimensions as the real SUV, with a length of 194.9 and a height of 74 inches.

The Lego version is based on the latest generation of the model, which is not sold in Canada, but is an icon in other parts of the world, notably in the United States where it has been offered for a long time. Here, the vehicle takes the form of the Lexus LX.

This Toyota Land Cruiser Lego is as impressive as it is useless. It shows how the passion for cars has no limits or borders. When a project is born in the minds of a few individuals, it must be carried out. That’s the beauty of this business. 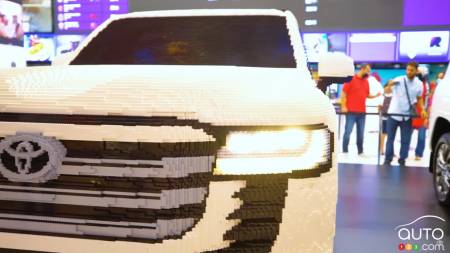 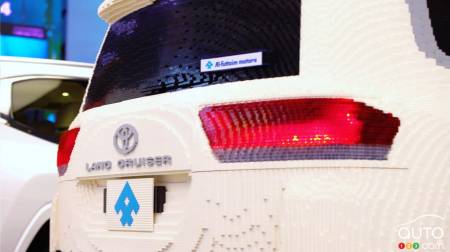 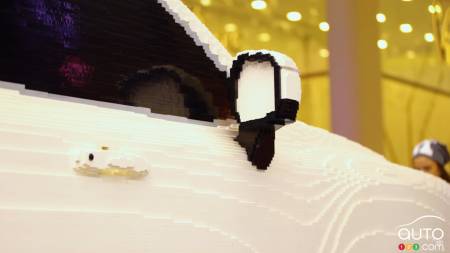 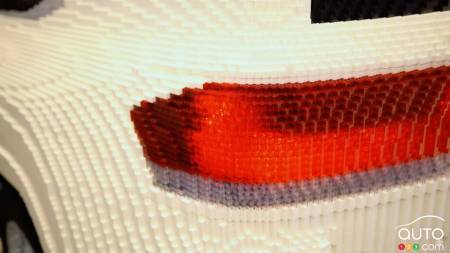 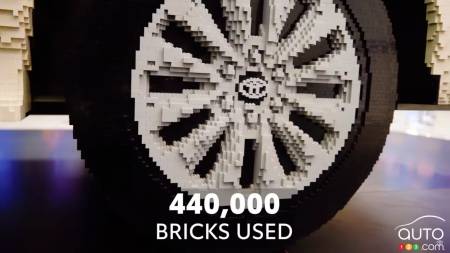